Note: The following is a letter I wrote to my high school English students to show them that we don't all start out as experts, but have to go through some growing and struggling to get to where we are in life. I used it as a way to get students to reflect on their attitudes and skills when it comes to reading and education by having them write their own "Reader's Autobiography"

When people hear that I’m a high school English teacher, they get a certain perception in their heads. They often picture English teachers as those kids they went to school with who always had his/her nose in a book most of the day, eagerly awaiting the next title by their favorite author and quickly devouring it before the end of the bus ride home. I don’t really fit that mold even now as a reader, but I did go through several changes in my own reading behavior throughout my school and professional career.

As a young child, I loved to read. As most young children are, I was captivated by nursery rhymes, fairy tales and other stories that adults read to me. I could picture them clearly in my head—the forests, the houses of the three pigs, the giant teeth of the Big Bad Wolf. The books then had pictures to help you envision what was being told and it made it easier for me to read independently. From ages four to six, I would call myself an interested reader. Learning to read, for me at that age, was like learning a secret code. Those adults who tried to spell out what they didn’t want me to understand would soon find me answering, “I’m not T-I-R-E-D, Mom!” Reading was for enjoyment, but also for functional, practical purposes.

Throughout the elementary and middle school years, I found certain books that I enjoyed. I like a series in the fifth grade called, The Box Car Children: a group of homeless children who survived on their own by living in an abandoned railway car. I also read most of the Little House on the Prairie and C.S. Lewis Chronicles of Narnia books and each one in the series that I finished was like a trophy on the wall of my room—an accomplishment that made up for my many athletic failures and showed the world that I was, in fact, good at something. Reading was kind of like a race. How many books could you read and were you reading at the same level as the rest of the class or your neighbor’s kids or not. I did notice that students in my classes who were in the “lower” reading groups seemed less happy to read the assignments and that was the first time I saw other people who didn’t like to read. I didn’t understand why, but I didn’t spend too much time dwelling on their plight and opened my next book from the book fair.

It wasn’t until the sixth grade that I started to better understand what the “lower” group was going through. By then, we had been tracked into separate reading classes—I suppose this was the way of our school being sure that the negative attitudes from the “lower” group didn’t infect the other readers’ brains like some sort of contagious disease. I wasn’t in the highest reading group in Mrs. Griffin’s room, which I had thought I was capable of since most of my friends were in there, but I was placed in the next class down, Mrs. Wishart’s class. It was there that I faced the truth about my abilities as a reader. The book: Steinbeck’s The Red Pony. The assignment: look for symbolism throughout the novel. I had always noticed I read more slowly than the rest of the class, a fact that was obvious during standardized tests and times where we were supposed to read directions on our own, but I thought I could comprehend what was going on as well as the rest of the class; Mrs. Wishart proved me wrong. After reading the first chapters of the book, I had understood the basic plot of what was going on—it was a sort of boring story about a boy and his favorite horse who becomes ill and eventually dies. However, when I went to class to discuss what I thought of the book, or to take a quiz over who the main character was or to define the vocabulary words on the list I realized sixth grade was a different ball game.

“What does the black moss on the side of the pony’s trough symbolize?”

I scratched my head. Symbolize? Isn’t moss just moss? What does she mean, symbolize? I knew of some symbols, like how the golden arches meant McDonald’s, how a green mushroom with a 1UP beside it meant you’d earned an extra life on Super Mario Brother’s, or how H2O meant water in science, but MOSS?!?

Jen H. in the front row raised her hand confidently, “I think since it is when the pony died, it represents the sorrow the boy experiences after the pony’s death.”

I looked around the room, was I the only one who didn’t get that? If not, my classmates were doing a great job covering it up. Everyone nodded and feverishly scribbled down black moss=sorrow/death. I was dumbfounded. If I didn’t get this, what else was I missing? I briefly considered raising my hand and suggesting that the black moss symbolized that the boy should have cleaned the trough more, but Mrs. Wishart and the rest of the class seemed fixed on the one answer that they knew would be on the test. It was at that point that I started to understand the students in the “lower” reading group. It wasn’t about what you thought of the book, or what you liked to read it was about what the book “meant”. And what the book “meant” is what the teacher thought it “meant” and that would be on the test. That’s where I formed a new strategy—stop reading and start taking notes until your hands hurt. Why should I read the boring assignment if the teacher was going to “tell” me what it meant and what was important anyway?

This strategy was very effective through most of junior high and high school. I’d simply listen carefully to the lecture, write down notes, cram and study and do well enough on the test to get a B. I wasn’t interested in challenging myself anymore and I didn’t read for pleasure hardly at all. I stopped going to the local library and only went to the school library for research. When it came to the occasional independent reading book report assignments, I formed a new plan—Cliff's Notes, movies or fake it. I had Cliff's Notes for most of the books we read in high school and read enough of them to pass the assignment or test or project. Sophomore year, I even invented a book, complete with page numbers, copyright dates, and quotes just to avoid reading for a book report. I got so good at faking it, I started reading “sequels” to the fake books I had read in the past. If any teacher had bothered to look, they would have seen that I only read works by Jason W. Freybourne (it’s important to have the middle initial in case the teacher actually knows an author named Freybourne and then you can say “Nope, this is Jason W. that must be a different author). By the time I had gotten to senior year, I had basically conned my way through the system.

When it came to college, I went to UMF without declaring a major. I found myself bringing any books I had from home to college in case I’d need them. One book, which I had actually read most of in 12th grade, and which I hated with a passion was Ethan Frome a story about some creepy old guy who’s wife was sick and who, later in the book considers having an affair with his wife’s cousin—yes it’s as creepy as it sounds. A girl across the hall saw the book on my shelf and started talking about how she hated the wife in the book, who was sick and had to deal with husband’s crush on her cousin. She called the character, “a pathetic hypochondriac with no backbone who just whines all of the time.” I couldn’t believe someone could be so heartless. I mean this woman was sick in bed while her husband was being a perverted Peeping Tom at the town ice rink, drooling over her cousin half his age! I got in a heated debate over the book with this girl and every week we battled it out. It was then that I realized something-- I was passionate about this! I had asserted my opinion of this book and CARED! I had forgotten what it was like to read for any other reason than studying and skimming for the assignment. That began my rediscovery of myself as a reader.

In college I shocked everyone in my family by declaring my major as Secondary Education: English Concentration. No one could believe I’d survive the program to be an English teacher. I slowly started becoming a reader again. By the time I graduated, there were still several books that “any English teacher should have read” that I had not, but the habit and passion for reading had started to return.

Within my first years of teaching I started to find books I enjoyed. I found I liked historical books and true stories, like Night and Hiroshima but also found that I like Shakespearean works like Taming of the Shrew and Romeo and Juliet. Eventually I was slowly finding good fiction to read on my own too, Angels & Demons, The Da Vinci Code, Watchmen, The Giver, Speak,and The Curious Incident of the Dog in the Night Time. I actually liked reading again and found my summer reading list longer than I could tackle.

I now have a better idea of what I consider a “good read”. I enjoy books where I can connect with the character. I need to see the character as a real person, someone who has feelings and does things in a realistic way. Someone who you think you could have lunch with or someone you think you may have know once. I like stories that move along quickly, not dwelling on long descriptions of landscapes but getting to the conversations between characters and inner thoughts of the narrator. These are the things that engage me in reading and I hope to find more as I continue to read. 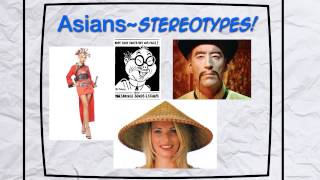 Be the Lead Learner in your Classroom

Flipped with a Twist: The Teacher's Role

Flipping with a Twist: How to Deliver

Flip with a Twist

Be the Lead Learner in your Classroom